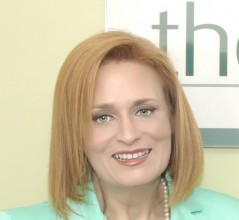 • Graduated from the University of Athens (Faculty of Law) in 1995.

• During her time as a trainee lawyer, Victoria acquired considerable experience in the fields of public, administrative and constitutional law and she successfully handled cases pending before the Supreme Court (Conseil d’Etat) and other administrative courts.

• Victoria has worked with two of the largest and well known law firms in Athens and was nominated partner to one of them prior founding TheLawFirm.

• Qualified to practice before all Greek Courts (including the Supreme Court).

• She speaks fluently English and French.

Emerging Markets, Industrial and Manufacturing, Hotels and Leisure, Media, Private Equity, Real Estate, Retail and Consumer Goods, Telecommunications, and Technology
This website uses cookies to improve your experience. We'll assume you're ok with this, but you can opt-out if you wish.Accept Read More
Privacy & Cookies Policy
necessary Always Enabled
non-necessary